"We are extremely proud to honor Lou with the Anser Award and Michael with honorary membership," said Al Sutton, President of the Southwest PGA. "Lou’s contributions to numerous charities and the golf community in Arizona through the "Lou Grubb Friends Fore Golf" are well-documented and exemplifies the mission of PING founder, the late Karsten Solheim, who the award was named after for his famous PING Anser putter. Michael has served as CEO of the Illinois and Southwest PGA Sections for almost 35 years and through his dedication and commitment has made long-lasting impacts to both Sections and the game of golf." 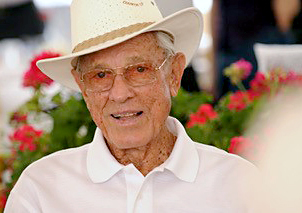 Grubb is the 29th recipient of the Southwest PGA PING Anser Award, recognizing an individual whose positive efforts have influenced the history of the game in Arizona. He relocated to Arizona from his family’s home in Long Island, New York in 1945 with only $27 to his name. Upon arriving he worked a variety of jobs including the caddy master at Phoenix Country Club. It was at Phoenix C.C. that Grubb befriended one of the club’s members Read Mullen, who owned a Ford dealership, Read Mullan's Consolidated Motors, and hired him as a salesman in 1949.

In 1955 he moved on to Rudolph Chevrolet, which he eventually purchased in 1972 and founded Grubb Automotive, developing the company into a conglomerate of Chevrolet, Ford, Toyota, Nissan, Hyundai, Buick, Mazda, Suzuki and Saturn dealerships. Grubb was well known for his “Take Five” television commercials, which provided home-spun stories and advice rather than using a hard-sell approach.

It was his love for the game of golf that turned out to have the largest impact on the golf community in Arizona. In 1965, Grubb asked a few friends to help put on a tournament in which every dollar went to charity and so was born the “Lou Grubb Friends Fore Golf” event. Still going strong today, the event has raised over 8 million dollars for local charities with proceeds benefiting Barrow Neurological Institute and St. Joseph's Hospital and Medical Center. 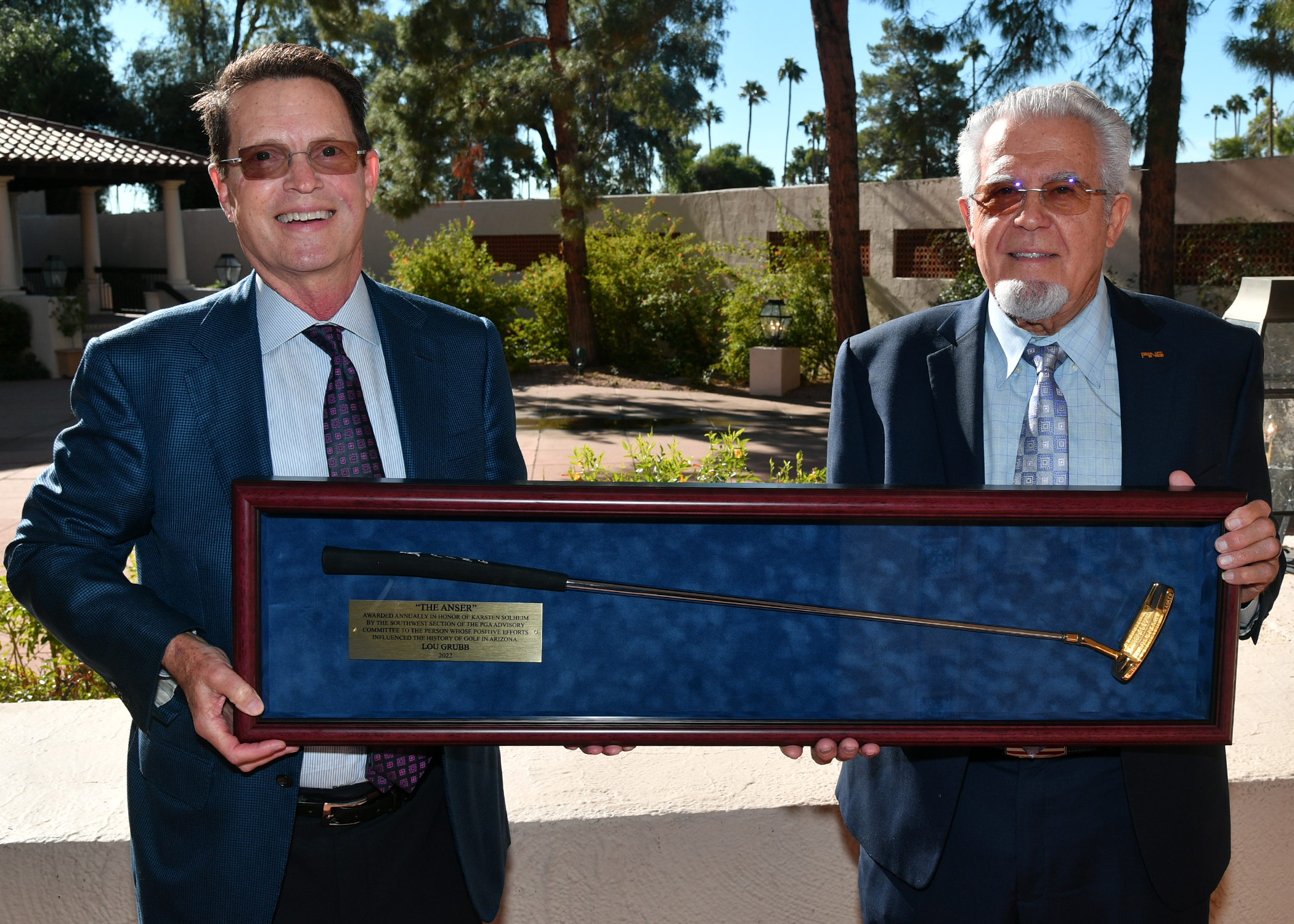 Having passed away in 2012, Grubb’s legacy lives on through the Evie and Lou Grubb Charitable Fund by supporting the revival of Papago Golf Course. The Foundation has helped fund a new clubhouse with a restaurant named for Lou, as well as Evie's Pavilion in remembrance of his wife, who shared his love of golf.

The Anser Award was created by the Southwest Section of the PGA in 1991 as a way to recognize individuals who have made significant and impactful contributions to advancing or promoting the game of golf throughout the state of Arizona.  Over the past 30 years the list of recipients has grown to include some of the most influential names in history of golf in Arizona. Past recipients of the Southwest PGA PING Anser Award include:


Dan Grubb, Lou’s son, was on hand at the Southwest PGA Semi-Annual Meeting to accept the honor on behalf of his legendary father. He was presented the PING Anser Award from Allan Solheim, Karsten’s son. 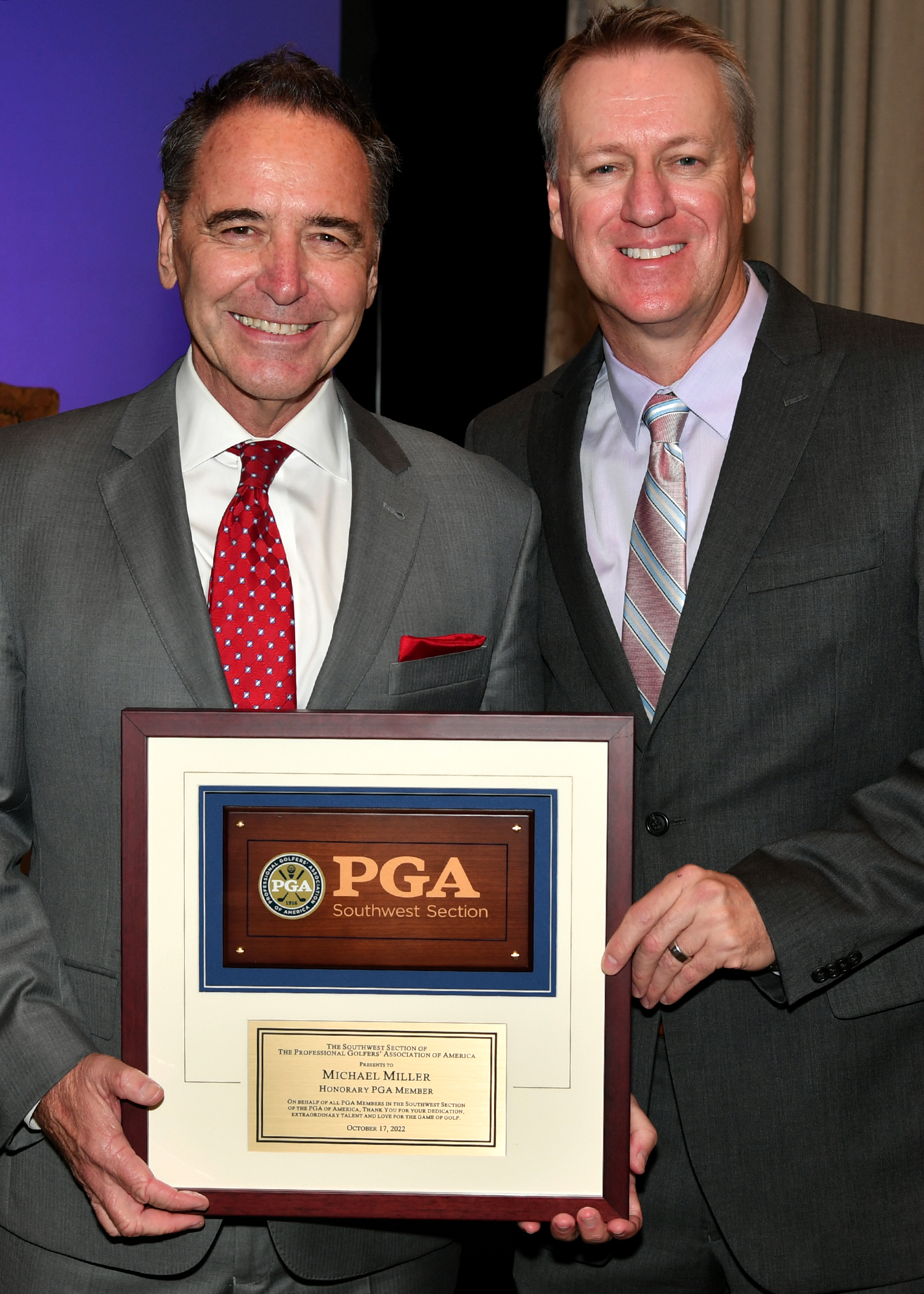 Born and raised in McHenry, Illinois, Miller got his start in PGA Section administration shortly after graduating from Loras College in Dubuque, Iowa, in 1984 with Bachelor of Science degree in Journalism & Communications.

In 2015 he was hired as the CEO of the Southwest PGA and Southwest PGA Foundation, the fifth largest PGA Section in the PGA of America with over 1219 PGA members and associates in the Section, which covers the state of Arizona and Clark County (Las Vegas) in Nevada. Miller was only the fourth CEO in the 64-year history of the organization.

Among his numerous contributions to the Southwest PGA, Miller was instrumental in guiding the Section to financial solvency, led the sale of the Section’s headquarters and created the “Birdies for Good” fundraiser, which benefits the Southwest PGA Foundation and Ronald McDonald House Charities. 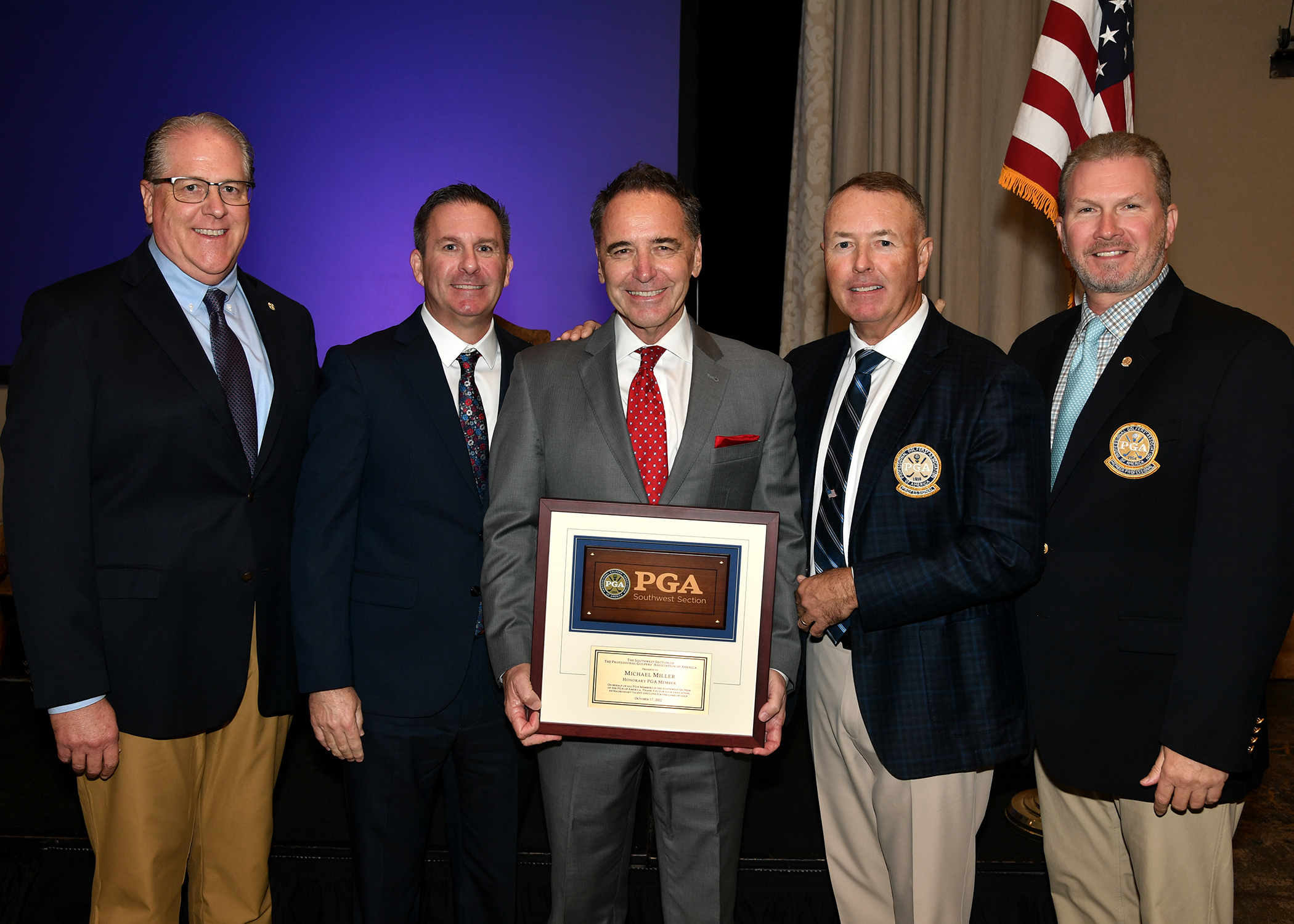 The honorary PGA membership is Miller’s second having received the same distinction in 2005 from the Illinois PGA.

"I am very appreciative to receive this distinguished recognition from the Southwest PGA," said Miller. "Receiving the honorary membership from the Section is unexpected. I have always admired PGA members for what they do to promote and advance the game of golf. To be mentioned in the same breath as them is an honor I will forever cherish."

Having served as the CEO of the Southwest PGA for over seven years, Miller recently announced his retirement at the end of the year.

About the Southwest Section PGA:
The Southwest Section of the PGA of America is a professional organization serving the men and women golf professionals in Arizona and Southern Nevada who are the recognized experts in growing, teaching and managing the game of golf. The Southwest PGA is responsible for the administration of competitive golf tournaments, junior golf programs and events, educational opportunities, support programs and growth of the game initiatives. With over 1219 members and associate members, the Southwest PGA is the fifth largest of the 41 regional entities or Sections that comprise the PGA of America.  For more information about the Southwest PGA, visit www.southwestpga.com and on social media at Facebook, Twitter, Instagram and YouTube.

Enter your zip code to find Southwest PGA's database of green-grass and teaching Professionals in your area.